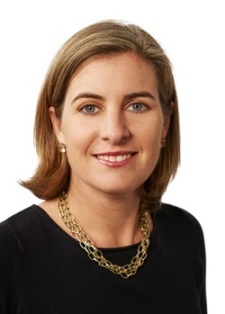 On May 5th 2016, we had the pleasure of hosting a very special guest at NEUReka! Having had a previous appearance at the Cortex Club in Oxford several years ago, Dr Melanie Woodin happily accepted to continue this tradition and give a talk at our newer – London based – NEUReka! seminar series.

When Melanie (and all of us) learned about synapses, inhibitory and excitatory synapses were taught of as two different structures. We think of them as one leading to firing, the other one acting as a break, and we can linearly compute what would happen if we increase or decrease one or the other. But this is a very simplistic way of looking at inhibitory synapses and Melanie set out to show, that we need to consider excitatory and inhibitory transmission as much more tightly coupled than currently thought. Melanie discussed recent research from her lab, where they found that KCC2, a protein critical for inhibitory synaptic transmission, is tightly coupled to excitatory proteins.

The first evidence for structural coupling of excitatory and inhibitory synapses came from 2-photon microscopy, where it was shown that dendritic spine heads can be innervated by GABAergic inputs. GABAA receptors are ionotropic receptors permeable to chloride, which is dramatically regulated during development. Intracellular chloride levels start by being very high during embryonic development and then drastically drop in the first few weeks of postnatal development. The high intracellular chloride levels lead to a depolarising action of GABA and actually make it an excitatory transmitter in the embryo. The hyperpolarising shift which ends up making GABA an inhibitory transmitter, only happens postnatally as a result of the drop in intracellular chloride.

The transporter responsible for regulating intracellular chloride levels is KCC2, a neuron-specific potassium-chloride cotransporter, which extrudes chloride from cells. During the first few weeks of postnatal development, expression of KCC2 rapidly increases. This is what leads to the decrease in intracellular chloride levels and ultimately underlies the switch from GABAergic excitation to inhibition. KCC2 is currently receiving a lot of attention because it is one of the first proteins to get functionally downregulated in many neurological disorders such as neuropathic pain, epilepsy and autism, and it is thought that the hyperexcitability of neuronal networks that results from it, contributes to the pathophysiology.

So it came at a convenient time when Roderick McInnes, a future collaborator, contacted Melanie because his lab had picked up KCC2 as an interacting partner of Neto2 in a proteomics screen. They had previously shown that Neto2, a transmembrane protein, also acts as an auxiliary subunit of the kainate-type glutamate receptor (KAR). Melanie and her lab confirmed this putative interaction through co-immunoprecipitation from whole brain preparations, showing that KCC2 and Neto2 interact in vivo. Because KCC2’s function cannot be recorded directly, they recorded the reversal potential of GABAergic transmission (EGABA), which is determined by intracellular chloride, using gramicidin-perforated patch clamp recordings. This method can be used to estimate KCC2-dependent changes in intracellular chloride. They found that hippocampal neurons from Neto2-null mice had a significantly depolarised EGABA. This effect was KCC2 dependent because the depolarising effect on EGABA was lost when the neto2:KCC2 interaction was suppressed as a result of KCC2 silencing. At the time, an emerging idea in KCC2 biology, was that KCC2 needs to be in an oligomeric (as opposed to monomeric) state to be functional. So Melanie’s lab found that in the Neto2-null mouse, there was a reduction of total monomeric as well as oligomeric KCC2, which resulted in a reduction of the total level of the protein. In summary, Neto2 and KCC2 interact, and this interaction seems to be important for KCC2 function and to maintain its abundance. These findings opened up the obvious question: If KCC2 interacts with Neto2, and Neto2 interacts with KARs, would KCC2, Neto2 and KARs all be in one big complex?

To address this question, they used blue native polyacrylamide gel electrophoresis (BN-PAGE) coupled with an antibody shift assay. The BN-Page strategy is useful for studying native multimeric protein complexes and in the case of KCC2, it allowed them to keep the protein in its oligomeric form. The principle of the antibody shift system, is to add an antibody for one of the known proteins in the complex, for example KCC2, which will then be pulled to a higher molecular weight, due to the extra weight from the antibody. If the other proteins of interest, Neto2 and GluK2 (a KAR subunit), are also pulled to a higher molecular weight, it suggests they are all together in a complex. And indeed, Melanie’s lab found that a population of the GluK2 exists in a complex with native oligomeric KCC2 and Neto2. This raised the interesting possibility that KARs may play an important role in the regulation of oligomeric KCC2. Interesting indeed, because increasing the function of KCC2 or targeting processes that increase its function (i.e. oligomerisation) is regarded as something like the ‘holy grail’ in the field. In collaboration with the Airaksinen Lab in Helsinki, they observed that the total level of KCC2 in GluK1/2 null mice was normal, however there was an increase in monomeric KCC2 and a decrease in oligomeric KCC2. Put together, this showed that GluK1/2 determines the oligomer-to-monomer ratio of KCC2. Moreover, they found that oligomeric KCC2 expression in the neuronal membrane was reduced. Thus, in addition to promoting KCC2 oligomers, the presence of KAR subunits GluK1/2 is also important for maintaining surface KCC2 levels. Of course, this begged the question whether GluK1/2 null neurons would have aberrant KCC2-mediated chloride homeostasis. As expected, EGABA was depolarised. In summary, the interaction between KCC2 and GluK2-KAR is required to maintain oligomeric KCC2 function and when it is lost, hyperpolarising inhibition is lost as well.

In light of the ever increasing evidence for a functional role of KCC2 at excitatory synapses, Melanie and her lab started a large scale proteomics study to explore the KCC2 interactome at three different developmental time points (P5, P15 and P30) in the hippocampus, cortex and cerebellum. The surprising result was that out of 130 high-hitting interacting partners, not one was a classic inhibitory protein localised at inhibitory synapses.

So why would KCC2 be at the spine? Melanie has two main ideas as to why. One simple explanation of KCC2 function at the spine could be related to its primary function of osmoregulation. During excitatory transmission the massive cation influx causes water to flow into the spine head and makes it swell. For the water to flow out again, anions have to be driven back out of the cell. Another explanation would have to do with the non-canonical metabotropic function of KARs. This metabotropic function is linked to a G-protein coupled receptor that activates PKC. Interestingly, KCC2 has many putative phosphorylation sites including Serine 940, which is phosphorylated by PKC and there is broad consensus that this phosphorylation site is important for the regulation of KCC2 activity. So in this scenario, activation of KAR would in turn lead to the activation of KCC2, thereby coupling excitation and inhibition. So could it be that KCC2:KAR works as a complex that mediates the delicate job of excitation/inhibition balance?

Melanie even went further than this and proposed an analogy between KARs and the role of tonic GABA receptors; It could be that KARs – like tonic GABA receptors which sense extracellular GABA – sense tonic glutamate as a way to detect the overall level of excitation and fine tune the level of inhibition through its coupling to KCC2. Although at this point it is just a hypothesis, the idea of a mechanism for compartment specific excitation/inhibition balance is very exciting (pun intended). There are many questions that still need to be answered and one crucial need will be the development of new and better techniques to image chloride.

Neto2-null mice have impaired GABAergic inhibition and are susceptible to seizures.